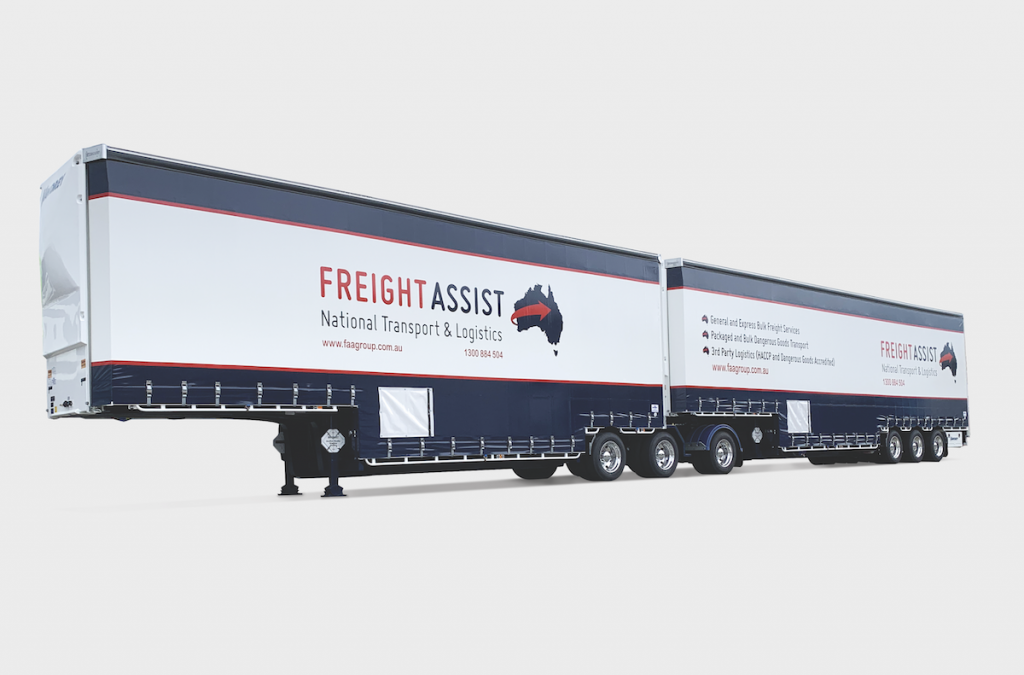 The latest and greatest in Performance-Based Standards (PBS) trailing equipment was on display at the Brisbane Truck Show – held last month at the Brisbane Convention & Exhibition Centre. Vawdrey stole the show with its 42-pallet Super B-double which is 4.6m high, boasts an interior volume of 215-metres-cubed and a Gross Combination Mass (GCM) of 68.5 tonnes.

The tag trailer has a 24-pallet payload while the lead trailer can handle 18 pallets double stacked on a mezzanine floor. This design is available in straight flat deck, drop deck or double drop deck configurations on either trailer.

An overall length 30m gives access to the 2B road network and swept path on turns is minimised by self-steering axles at the rear of both trailer axle groups.

The lead trailer features a wide-spread tri-axle configuration which enables the on-road performance and swept path of the Super B to mirror that of a conventional 26m B-double while offering four metres extra overall length.

The Super B-double on display at the Brisbane Truck Show was specified with BPW Transpec axles and WABCO Electronic Braking System (EBS) on a double drop-deck configuration. The mezzanine deck is manually adjusted by forklift. Optional hydraulic lift mezzanine deck is also available.

The Super B-double trailers on display have been future proofed with gates that comply with 2G classification which requires gates to withstand a certain sideways force and the curtains are not allowed to exceed 100mm deflection from the outside edge. Load rated curtains are an additional load security measure.